A $5 billion federal investment in weatherization programs helped launch a cottage industry of new businesses in South Jersey. But even though this stimulus money is now gone, local weatherproofing companies say there is still a strong demand for their energy-efficiency services.

“There was almost no competition when I got my first building performance certification in 2008,” said Ed Ryan, president of Greenlife Energy Solutions in Egg Harbor Township.

The company expanded from 12 to 35 employees in three years and today employs energy auditors, insulation installers, plumbers and electricians. “We went from being a fiberglass insulation installer to a full-service company providing comprehensive services under one umbrella,” Ryan said. “We evolved from doing small residential homes to large multi-family projects. We did five high-rise buildings in Atlantic City. It really impacted who we are.”

The company this year moved into a 20,000-square-foot building on Washington Avenue in Egg Harbor Township. Ryan said the energy-efficiency industry is bullish in New Jersey, fueled by state incentives and utility taxes that sponsor several programs:

“New Jersey is one of the cutting-edge states when it comes to reducing energy costs. The state’s energy master plan calls for a 20 percent reduction in energy use by 2020,” Ryan said. “That’s an aggressive mandate. With that, there are a lot of opportunities to accomplish that.” Besides retrofitting old buildings, New Jersey is pushing builders to install energy-efficient equipment. The state Board of Public Utilities spent more than $2.3 million to encourage homeowners and businesses to replace appliances damaged by Hurricane Sandy with energy-efficient ones. The 2008 stimulus package was designed to create new jobs — and it did, Ryan said. “I’m a poster child for what President Obama was trying to accomplish. There were a lot of bumps, and the bureaucracy has been hellish,” he said. “But at the end of the day, I was able to create jobs.”

The public investment led other companies to open as well. The Energy Team, based outside Hammonton, opened in 2011. It employs eight people who work across South Jersey.
“We do energy audits, insulate homes, do building work from Cape May to Camden,” said Bill Schwanda, of Atco. The work begins by checking the furnace, water heater and other appliances to make sure they are in good working order and are not leaking carbon monoxide, he said. Improving the insulation on a drafty home with even a tiny gas leak in a furnace could be lethal, he said. “We’re taught to do no harm. We don’t want to do something that will negatively impact the home for the inhabitants,” he said. “We really focus on health and safety aspects first and then energy conservation.” The goal is to keep cold air from getting in and warm air from getting out, he said. “Essentially, we put nice, warm boots on the basement and a nice warm hat on the roof,” he said. “You stop the air exchange.”

Installers set up a giant fan on the front door to create a slight vacuum. Then they take measurements such as the volume of the home and the number of occupants to determine the building air-flow standard. This helps the auditor determine whether the home needs attention from insulation or sealing. Schwanda said he sees room for growth in the industry. “It’s a program where you have to be qualified but the doors are open to new employees,” he said. “It’s heavily administered with lots of paperwork. But there is demand for quality employees.”

While there is a finite number of homes and businesses in New Jersey, energy-efficiency companies said they do not expect to put themselves out of business anytime soon. “There are about 1.7 million homes in New Jersey and less than 8 percent have been retrofitted,” said Sam Litwin, of Absecon, president of the Insulation Group, based in Williamstown. “We’ll remain in business for a long time.” His company opened in 2009 and has 16 employees today. “We do everything — insulation, air sealing, energy audits,” he said. Customers often realize their home has a problem when they compare utility bills with a neighbor’s, he said. “Sometimes they’ll go room to room and notice temperature differences — actually feel a draft in the house,” he said. “Something is not right with the thermal envelope. We help determine where people are losing their energy, how much they’re losing and why.”

Litwin said he thinks energy efficiency will always be important to homeowners in New Jersey. “Right now energy is on the forefront of everyone’s mind. We see it every day,” he said. “People fill up their car and look at the next gas station to see if they got a good deal. There is no real end in sight to how high energy prices will go.”

Source: The Press of Atlantic City 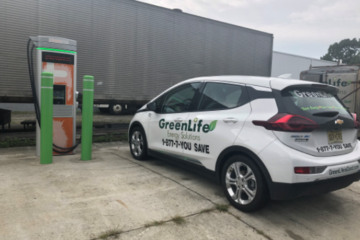 Why It Is Important To Save Energy

Payback is a relatively simple concept. If caulking costs $ 100 and allows you to save $ 100 / year in fuel costs, has a recovery period of one year. If insulation work costing $ Read more…

Louis Crumble and his wife, Mary Woody, of Atlantic City, couldn’t sit in the living room during winter without wearing jackets. Then, as the 90,000th beneficiary of the Comfort Partners program, GreenLife Energy Solutions of Egg Read more…